Josh Collins is the Director of Academic Partnerships for FinSiteful. Josh has worked in the learning and education space since 2005. He has worked in multiple verticals in the sector including not-for-profit education, private sector education, corporate learning and with associations. Based on his extensive experience he is responsible for developing partnerships with higher education institutions across the United States with a strategic focus in the eastern U.S.

Josh holds a Bachelors of Business Administration degree from Georgia State University and will often be found at any major sporting event around Atlanta, including his 5 year old son’s little league baseball games. If not at a game he will be found in the backyard with the Big Green Egg smoker making all kinds of southern BBQ or smoked mac n’ cheese. 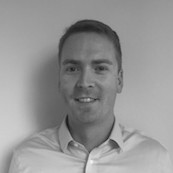